It seems as though everything is looking for warmth and shelter heading into the upcoming cold months. While some bugs will find their way into our homes (see our previous blog “Happy Fall Ya’ll” on how to prevent the entry of insects/rodents) and share our heat for the winter months, there are other ways they stay warm and protected outside in nature.

Insects have specific lifecycles with various stages depending on the insect. Interesting enough, some of the earlier stages in the lifecycle also double as the insect’s “hibernation period”. Examples include, but are not limited to: larvae, nymphs, eggs, and pupae. It is typically the protective outer casing or the placement of the young insects that protects them during the winter months.

For the adult insects that have already been through the earlier stages in their lifecycles, they have their own ways of hibernating. In general, insects can live in cold temperatures but have a better chance of survival when the temps are stable.

Typically, most insects find protection, warmth, and food in a variety of places. For example, The Mourning Cloak Butterfly hibernates in tree holes or other shelters during the winter, where it reduces the amount of water within its body, and then builds up glycerol which acts as an antifreeze.

Other examples of places insects hibernate are:

Some insects do not hibernate at all. Like birds, some migrate to warmer climates. The Monarch Butterfly is one of the best known for its ability to migrate to avoid cold, winter months.

Whether they are hidden within structures, essentially making their own antifreeze, or migrate to a warmer place; insects find ways to avoid the cold weather. This protects the insects, which allows the whole lifecycle to take place and bugs to flourish again in the spring. 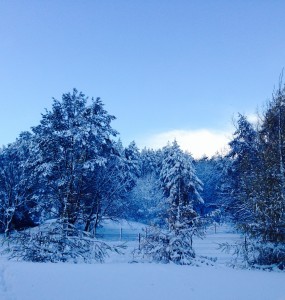