There are many different kinds of mice. A mouse is a small rodent with a furry and round body, pointed nose, large ears, and a long hairless tail. Common colors are white, brown, and grey.

Mice are a large problem everywhere. It would appear however that they prefer the big city over suburban areas due to the fact that they have safer hiding places from predators such as birds, cats and dogs. The big cities have lots of large high rises with more electrical and plumbing outlets which are great places for them to hide. They also have more options for finding food.

Sewer systems provide food for many of the rodents. They have very large appetites and eat 15 to 20 times a day so they normally build their nest close to a food source. House mice are considered dangerous and destructive pests. They carry and transmit viruses, bacteria and other diseases. Their constant chewing also causes damage to electrical wires, clothing, books and furniture. They use these materials for building their nests.

They usually stay in large groups. The female mouse can produce as many as ten litters in one year. The young are able to reproduce within two months of birth, thus causing infestations to grow rapidly and making it very difficult to get rid of them.

Signs of mouse infestation include: droppings, chewed plastic, paper, furniture. Tracks are sometimes visible in dusty areas and holes in walls are a good indication. As stated above the droppings can be dangerous to human health.

So, if you think you have a problem be sure to contact a pest control professional such as “Preferred Pest Control”. 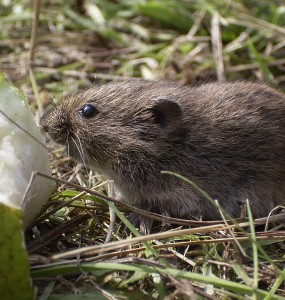